We have produced two designs – the first based on the theme of security uses a Space Invader-theme (‘Look out for people invading your space’) and the second based on the convenience of cash points uses a set of scales (‘Gain some pounds’). All the messages have been developed as part of first direct’s ‘unexpected bank’ positioning. 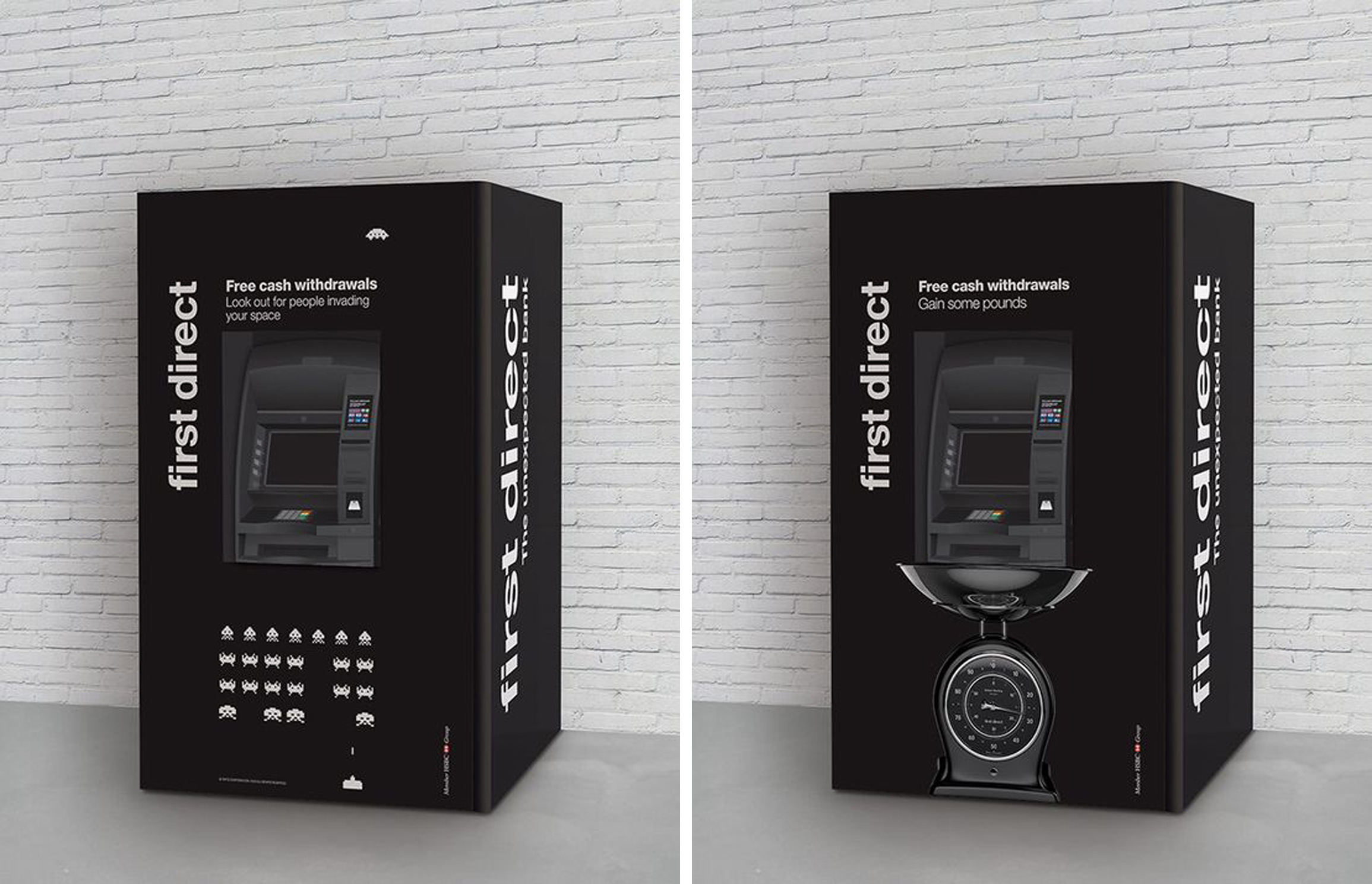 “As an internet and telephone bank, the ATMs are a great way for us to give the brand a high street presence in some key high-traffic locations. It was also important for the machines to have that unique first direct ‘twist’, which is why they won’t look like any other bank ATM.”

first direct will promote the cash machines via a teaser video, featuring an 'ATM spotter', that will be launched on YouTube in mid-July. The bank will also use social media and digital to support the launch.

The cash machines are being rolled out as part of a six-month pilot to gauge demand. first direct will review their success before deciding whether to extend the trial across the UK.