Please get in touch if you’d like to grow your brand, cause or business?

Join us on social media

This case study is dedicated to Paratrooper Lance Corporal Austin Backhurst (1919 to 1945), Grandfather of The Allotment’s Partner/Creative Director.

Austin’s own story is one of extreme bravery and sacrifice. As part of the 133 Parachute Field Ambulance, Royal Army Medical Corps and he faught in many theatres of war including Arnhem, during Operation Market Garden at the end of World War II. Austin was captured, escaped and recaptured by the Germans and held as a POW in Stalag XIB until Europe was liberated. 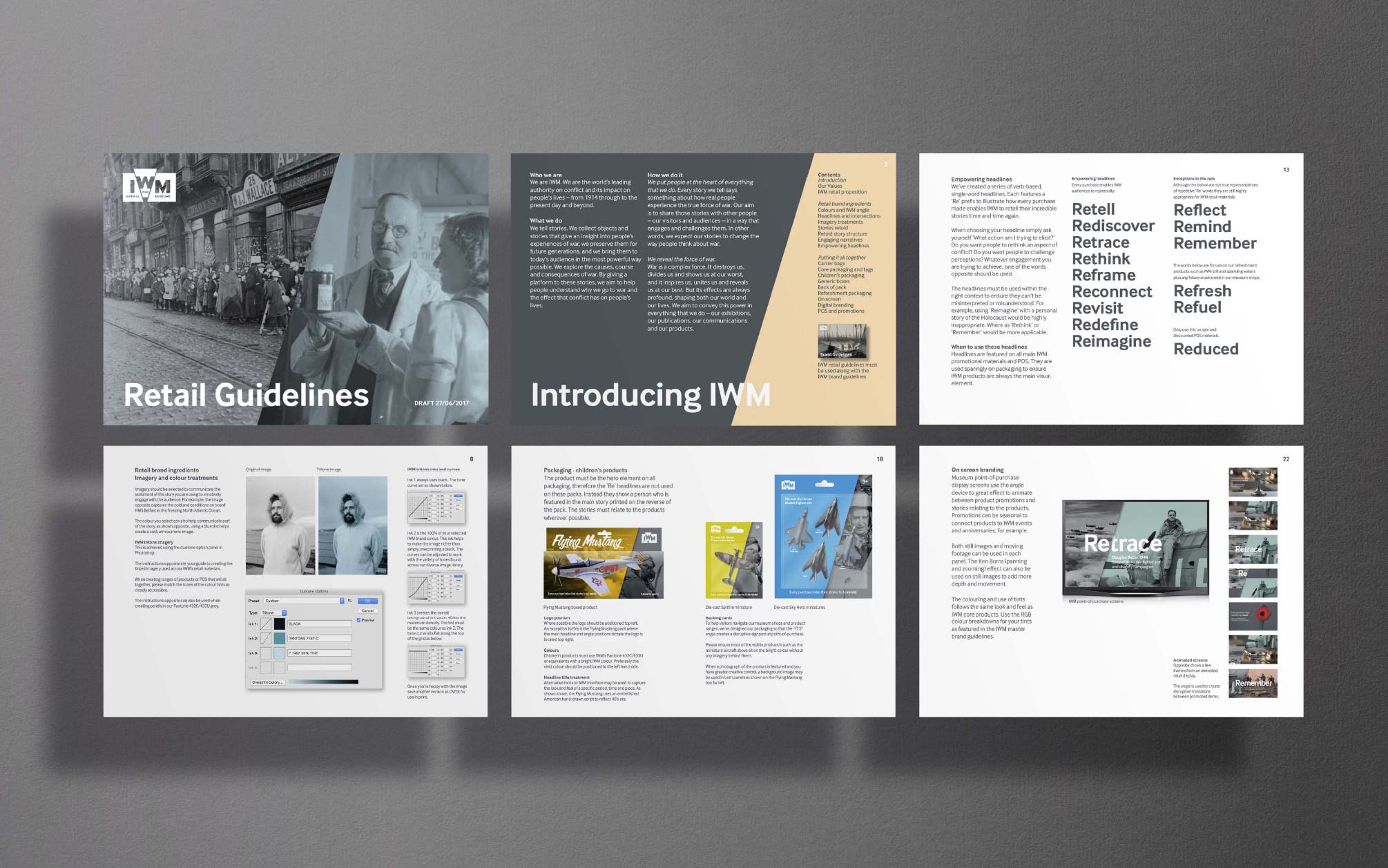 We created a detailed set of guidelines and assets to enable IWM to create, packaging, merchandise, digital displays plus POS easily and cost effectively in-house. 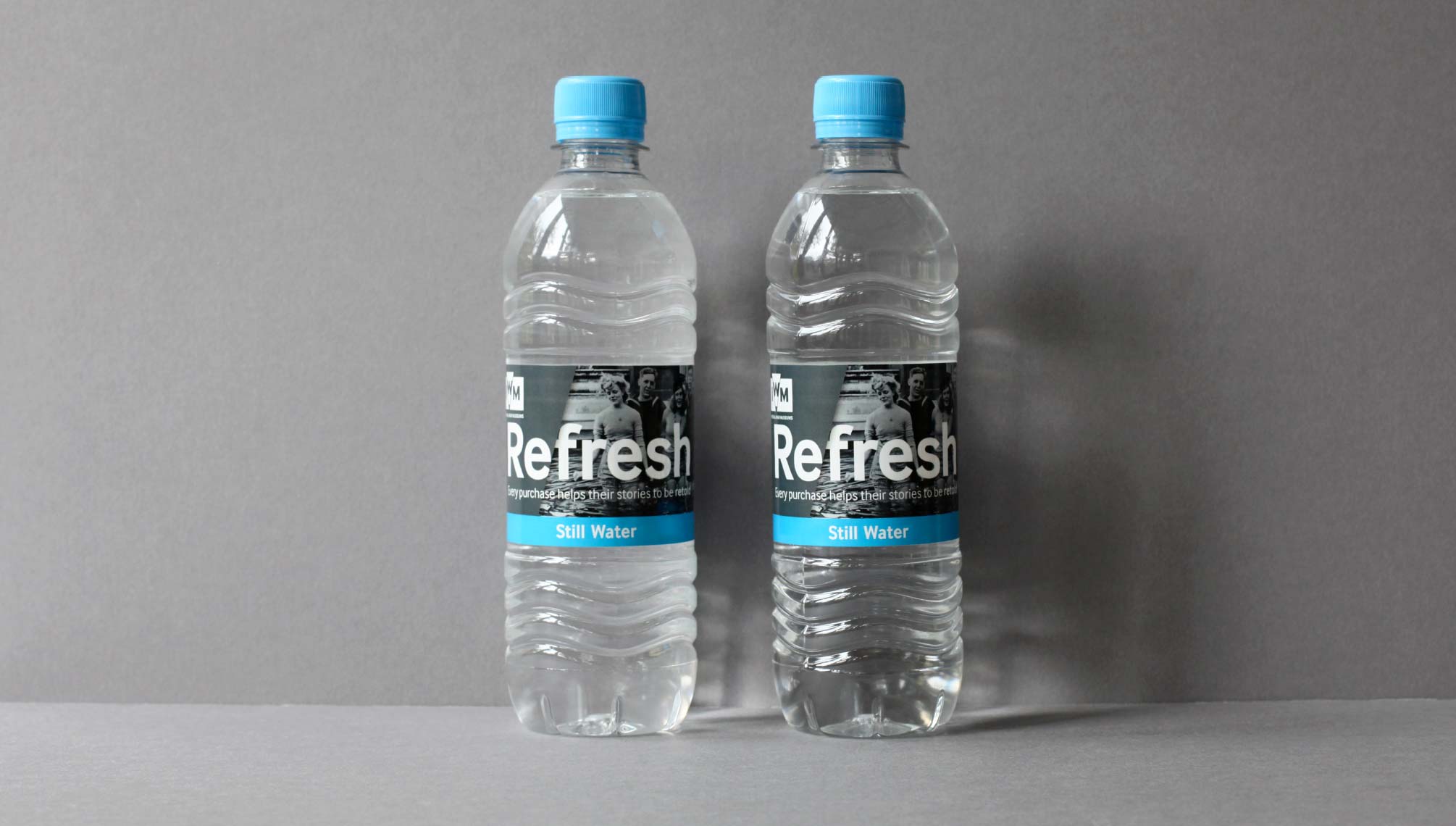 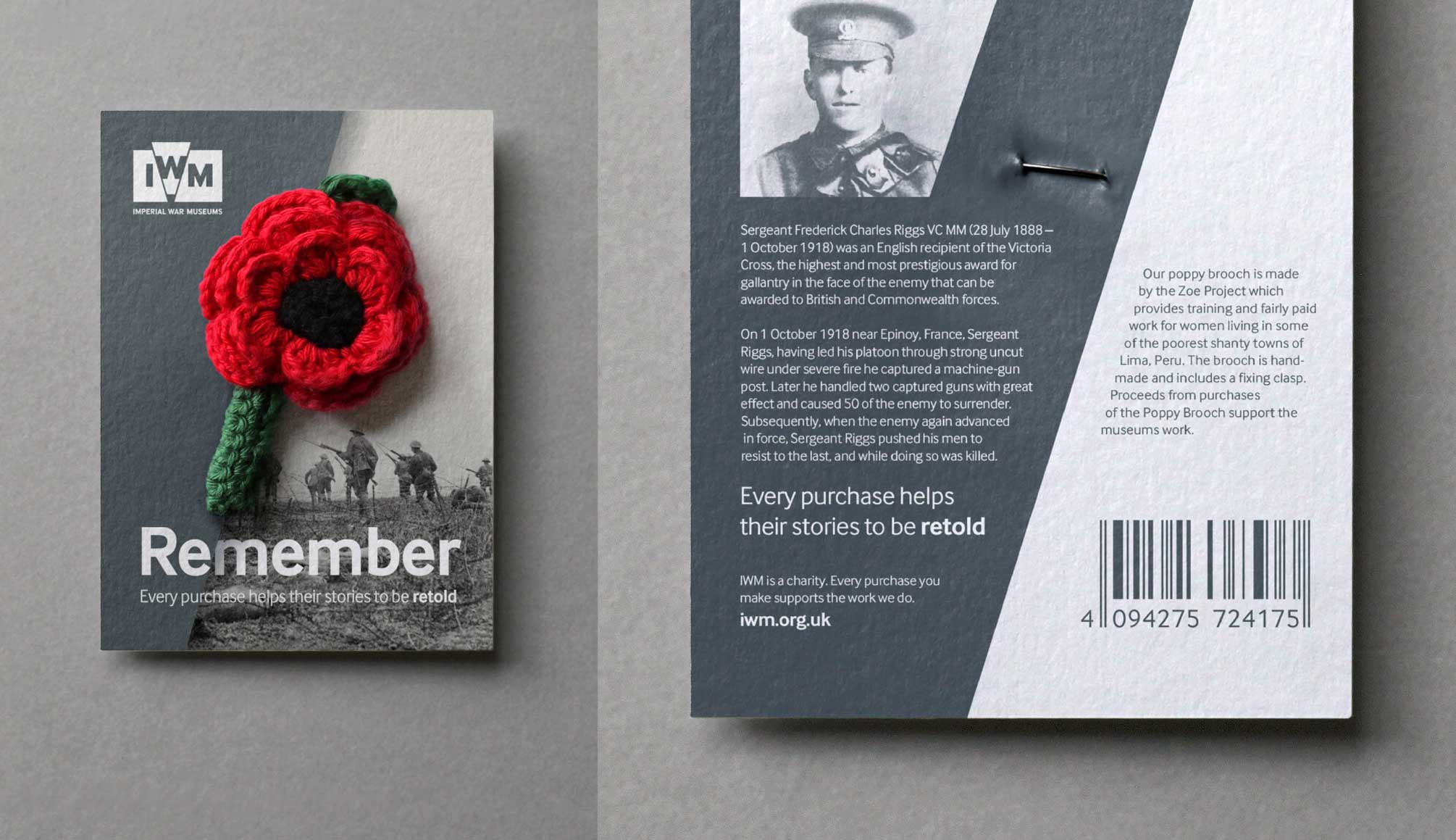 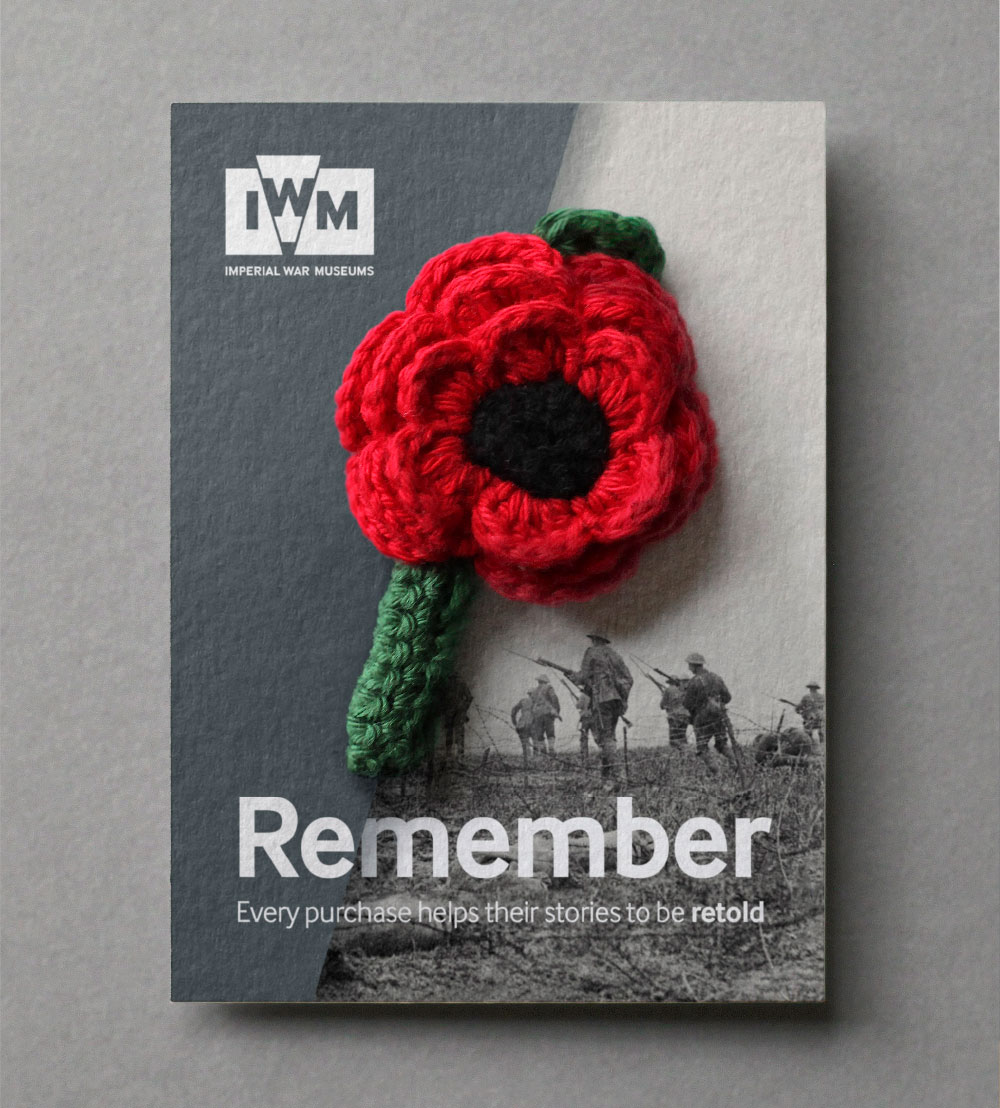 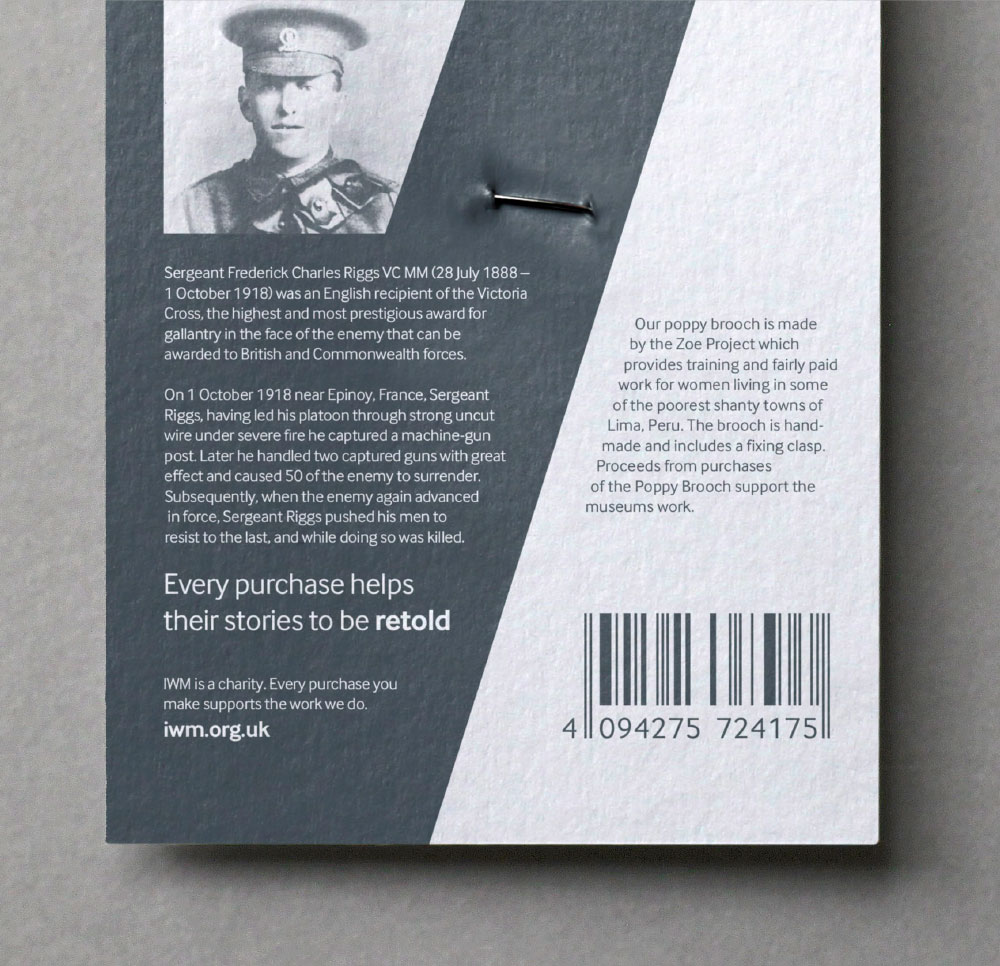 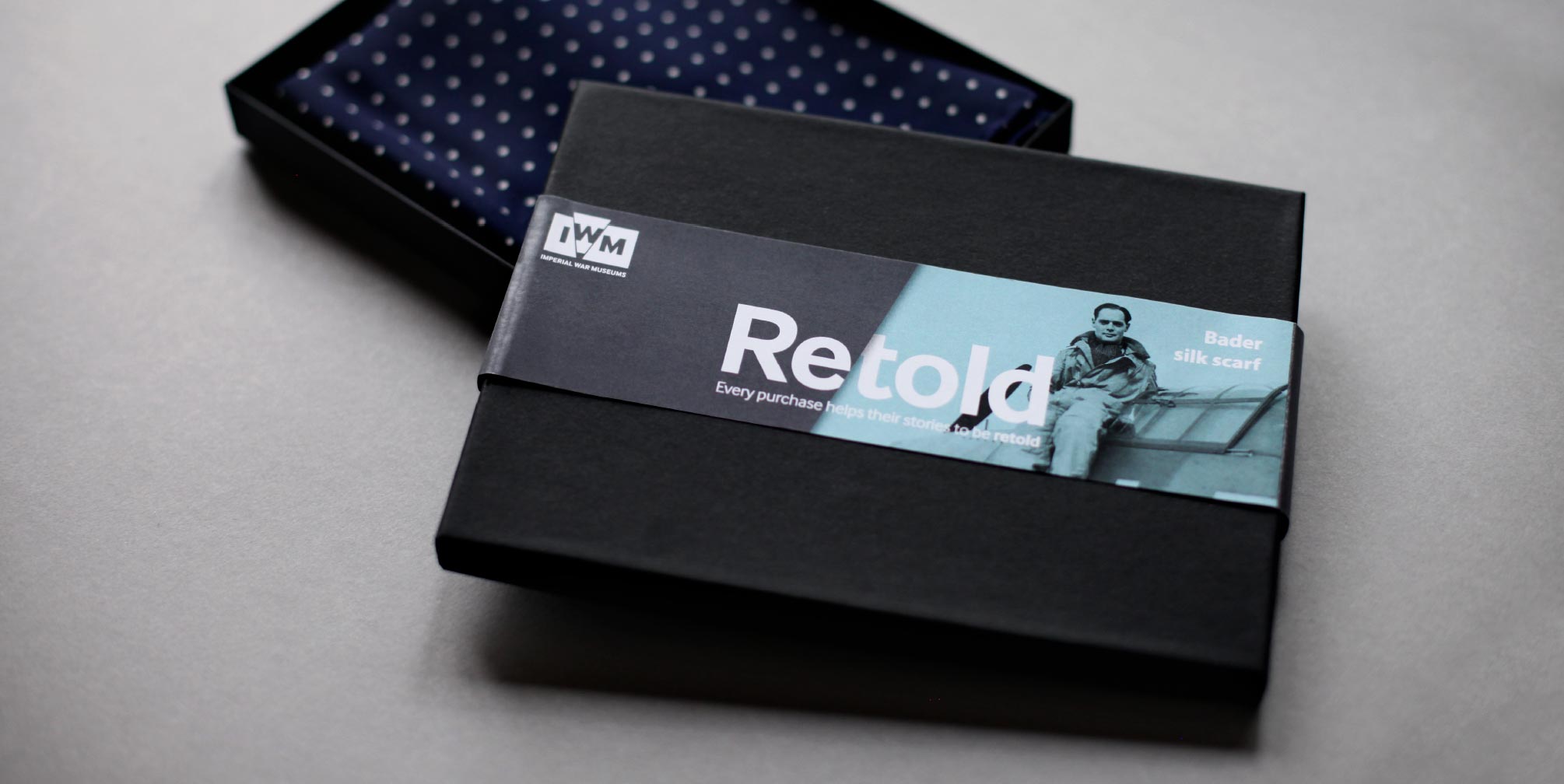 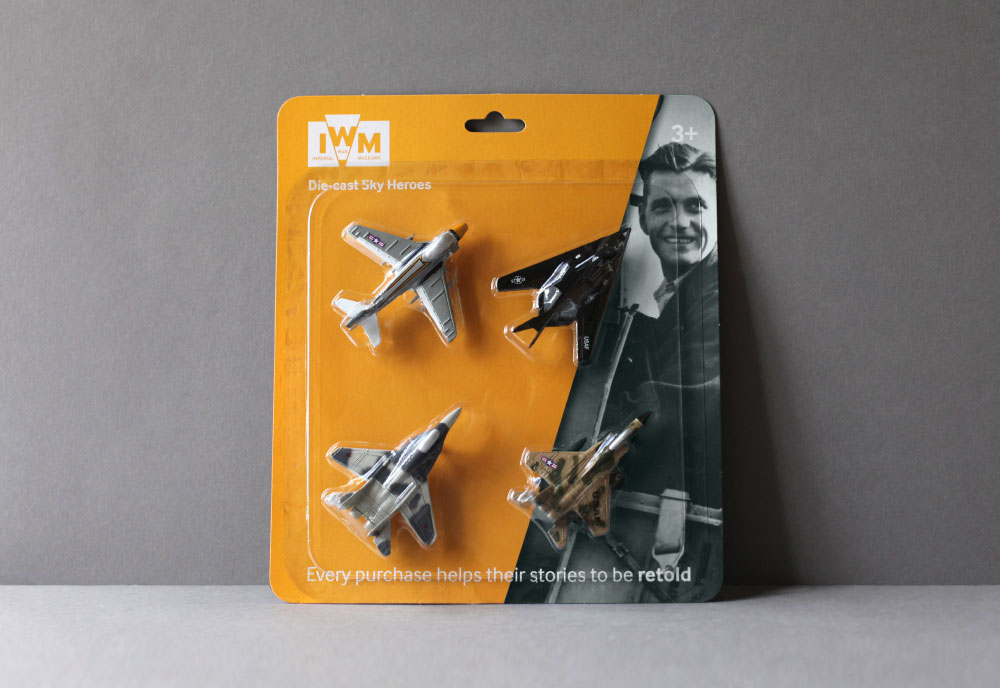 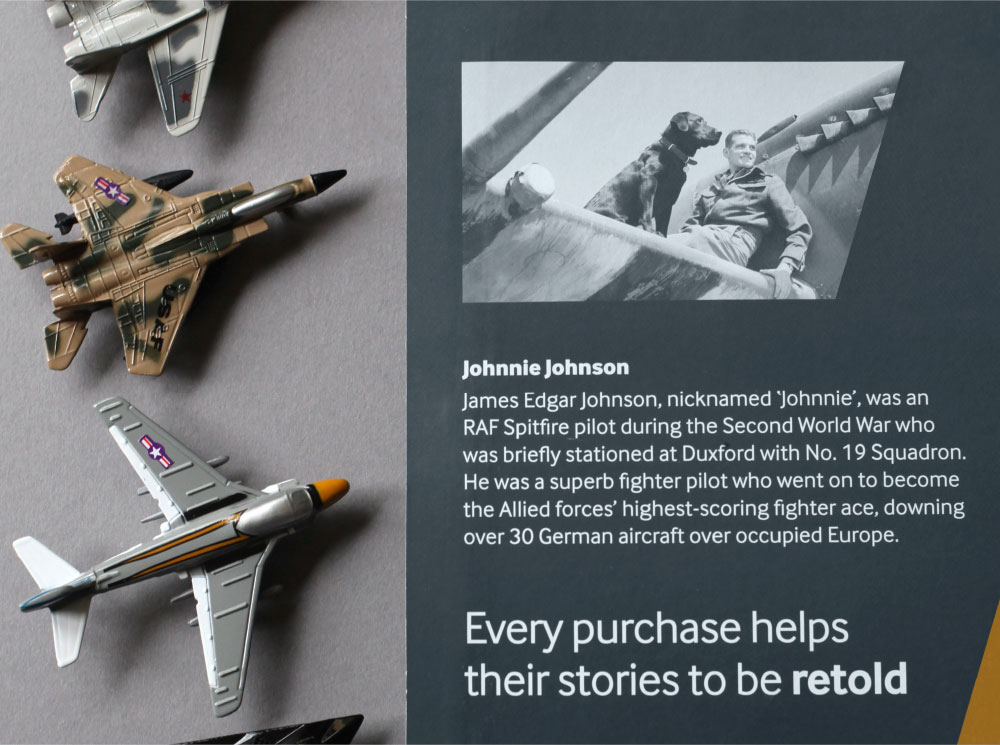 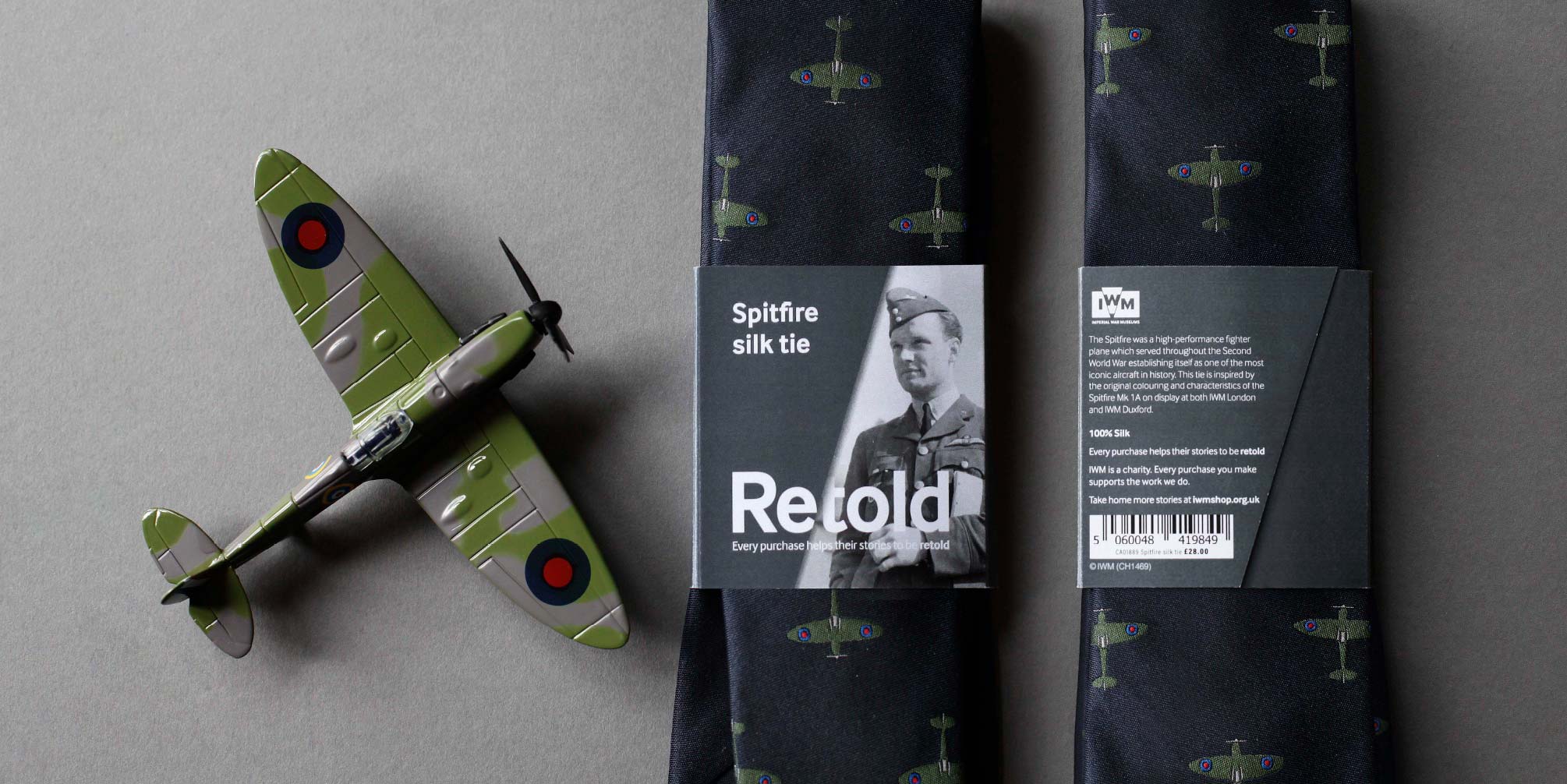 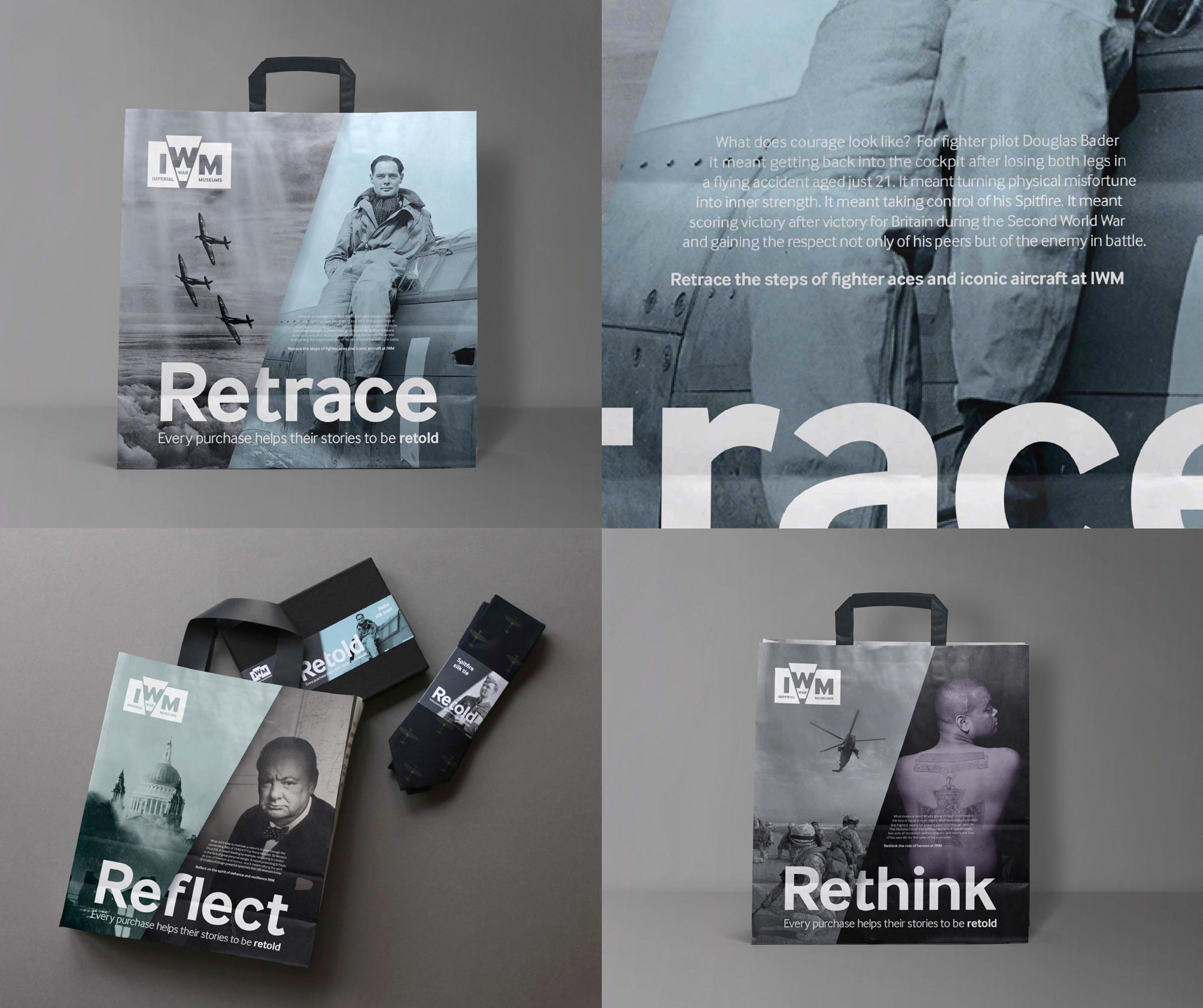 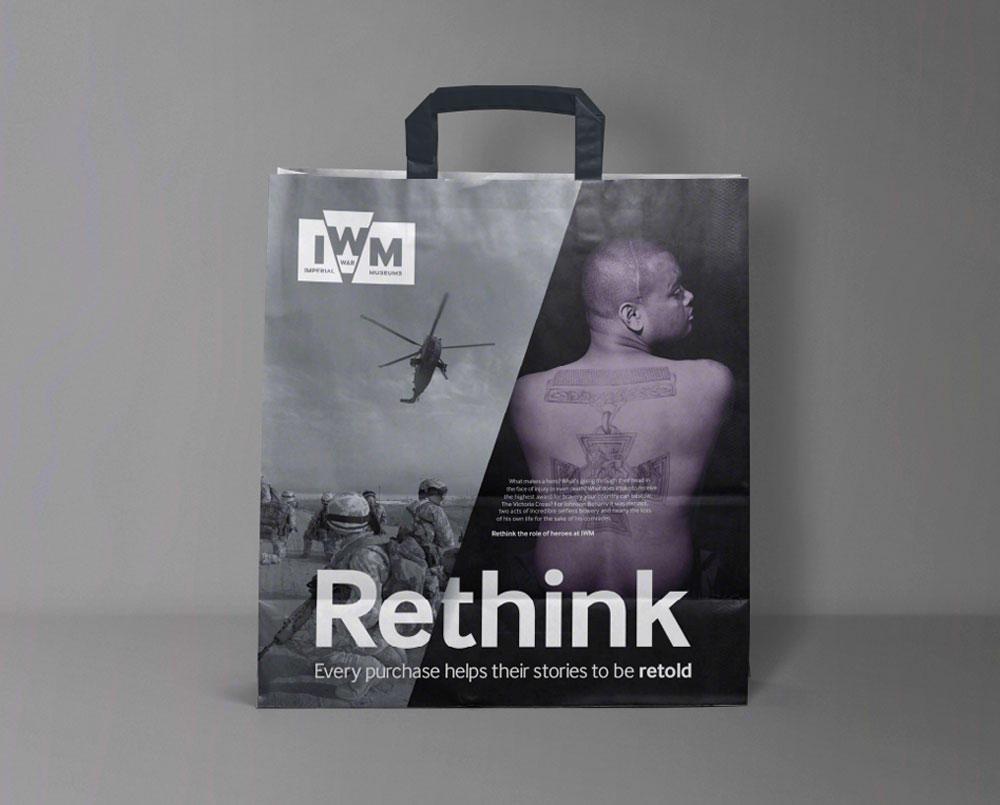 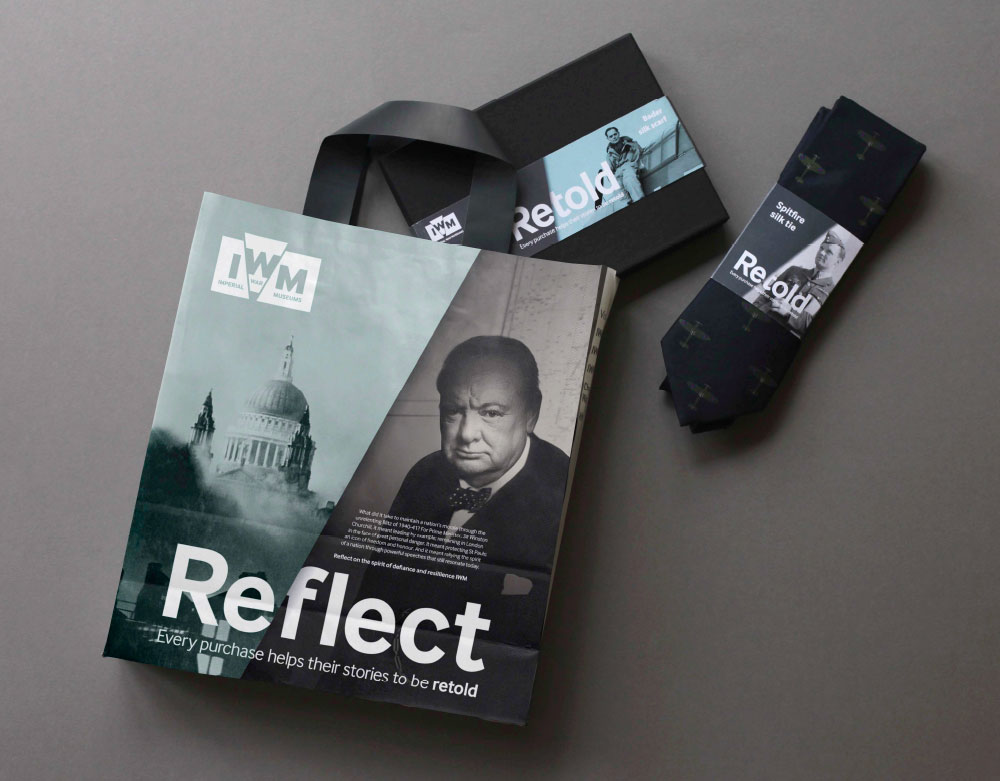 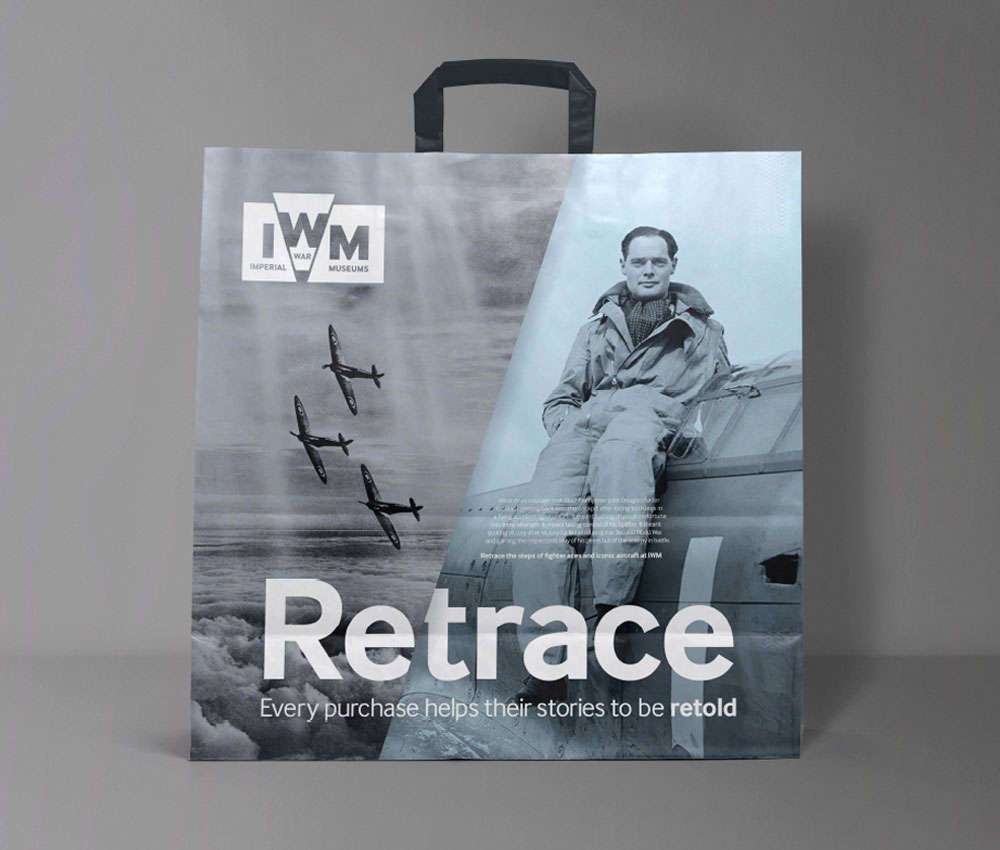 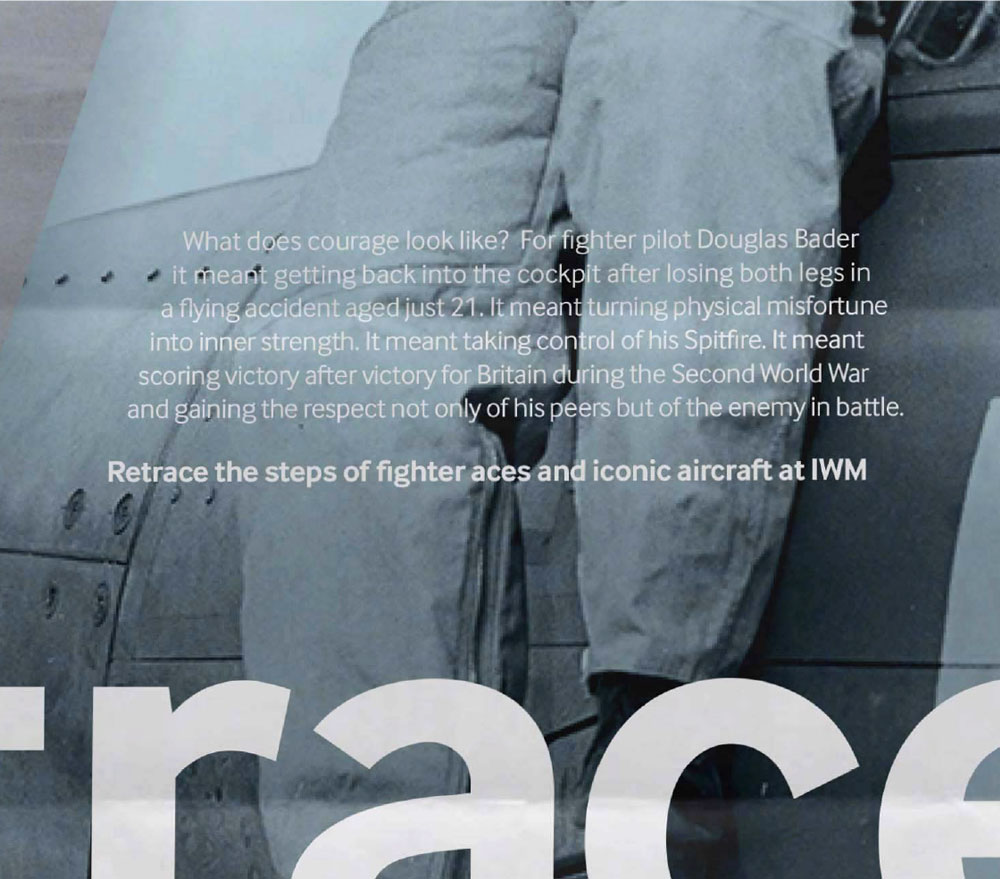 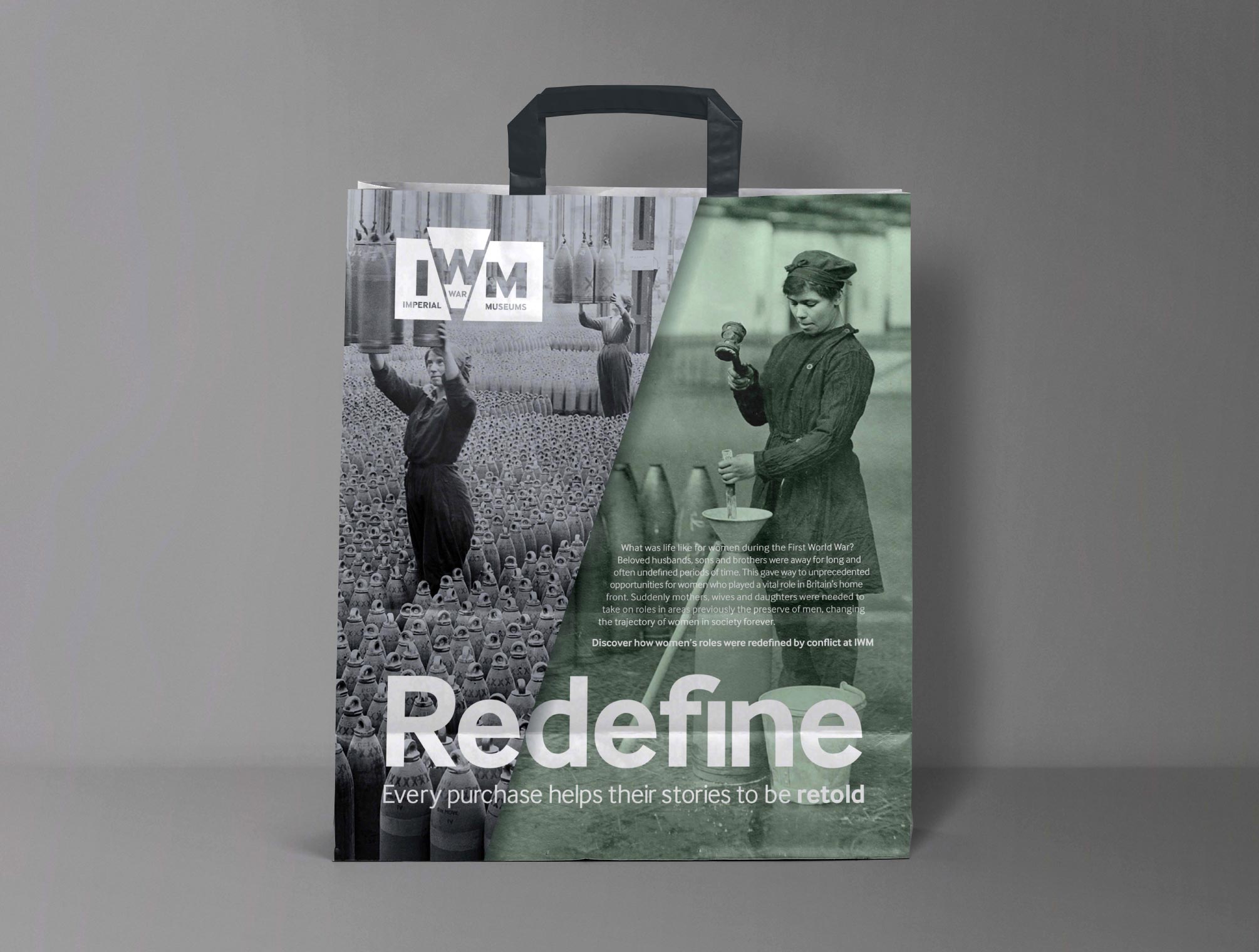 The challenge and solution

Imperial War Museums (IWM) are the world’s leading authority on conﬂict and its impact on people’s lives – from 1914 through to the present day and beyond.

They collect objects and stories that give an insight into people’s experiences of war, they preserve them for future generations, and then bring them to today’s audience in the most powerful way possible.

To continue to fulfil this mission it is vital that IWM grows its trading income and an essential part of this is retail sales across their five key sites. Revenue from retail, image sales and publishing was estimated to be £5.8m in 2018 – a total of 22% of the Museum’s total trading income. All profits from the shops go directly back into IWM’s work, recording and sharing the stories of those who have lived, fought and died in conflict since 1914.

To support the retelling of their stories and increase sales we were asked to refresh IWM’s retail brand offering and brand packaging across their 5 national museum locations: IWM London, IWM North, IWM Duxford, HMS Belfast and The Churchill War Rooms.

A key part of the retail refresh brief was to enable IWM’s inhouse teams and store managers to implement and apply the brand easily, while also working within the brands comprehensive guidelines.

To help make a real difference to IWM we wanted to empower each visitor, to connect them to the stories behind the products. Our approach was simple, we illustrated how each purchase not only helps IWM retell profound stories, but also helps visitors rethink, reconnect, rediscover, reassess, reﬂect etc. their understanding and perspectives on conﬂict and IWM itself. To do this we came up with a simple, emotive and action oriented proposition – ‘Every purchase helps their stories be retold’.

To bring the ‘Retold’ proposition to life we set about uncovering human stories of bravery, sacriﬁce, ingenuity and change from IWM’s vast archive. Each were written as a series of questions, asking the visitors to put themselves in the shoes of the people featured in the stories. These stories would create a more emotive connection between visitors, the products and IWM. We evolved the retail brand visually and verbally to create more standout while also communicating clear and empowering messages.

We designed the main brand carriers for IWM, and a full set of guidelines to help the inhouse teams implement the brand effectively. We designed: Packaging, point of sale graphics, carrier bags, promotional material, instore screens and online shop banners.

Imperial War Museums (IWM) vision is to be a leader in developing and communicating a deeper understanding of the causes, course and consequences of war. Using the personal stories and experiences in their unique collections, their objective is to challenge people of all ages to look at war and conflict from different perspectives.

This takes clever and sensitive storytelling. The Allotment supported IWM to develop a strong retail proposition across all their products and packaging. One that was emotive and impactful in every sense.