We are delighted to announce that Brian Eagle, ex-creative partner of Unreal in London and Biggie Smalls in Sydney, Australia, will be joining The Allotment team at the end of September 2013.

At Unreal, Brian worked for clients such as Coca-Cola, BBC, Penguin, Hodder & Stoughton, Mayor of London and P&G and won numerous international design awards, including a D&AD Yellow Pencil.

Brian (in the middle of the picture) will join as a creative director and will work directly with James Backhurst (left) and Paul Middlebrook (right), the founding partners of The Allotment. 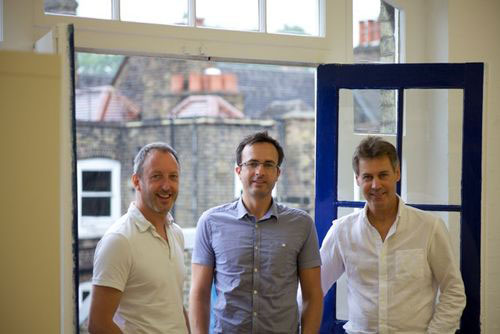